The clear message that it delivers is that you can easily pay more than you might need to for a legal service unless you compare prices.

This report provides an analysis of a recently conducted survey of prices quoted for commonly used legal services: a) conveyancing; b) family; and c) wills, trusts and probate.

Neil Buckley, Chief Executive of the Legal Services Board said:

“This important research helps us understand more about what individual consumers are likely to pay for certain commonly used legal services. The findings help us understand changes in prices over time and provide insights into the extent of competition between providers, as well as affordability and access to justice for consumers.

Previous research has shown that price is a key factor in determining whether or not individual consumers opt to use legal services and, if they do, which ones they choose. This research however demonstrates the need for more price transparency in the legal services market. This is why the current consultations by the legal regulators on how to achieve more and better information are so important.”

The key findings from the 2017 survey of prices are:

A number of infographic diagrams have been produced to illustrate the key findings in each of the three areas: 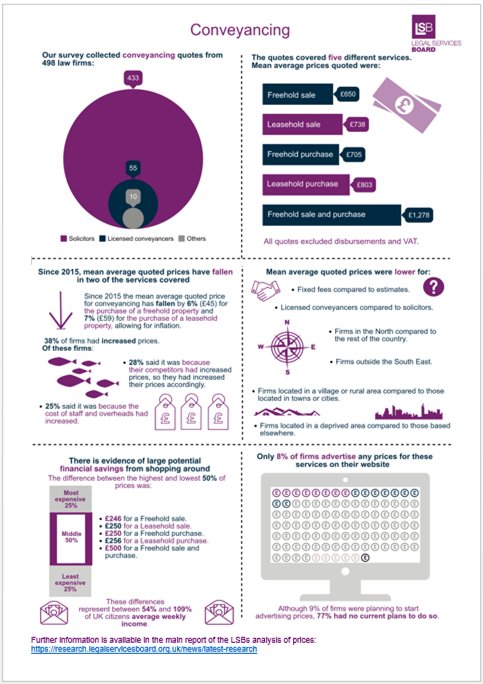 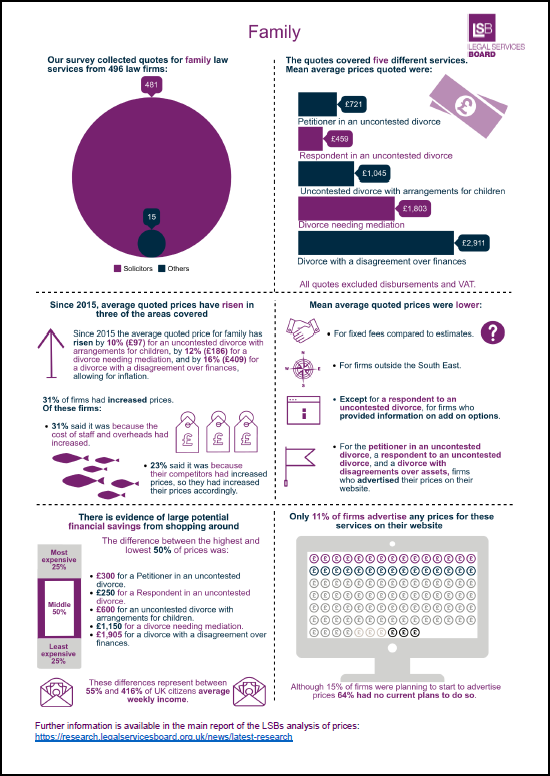 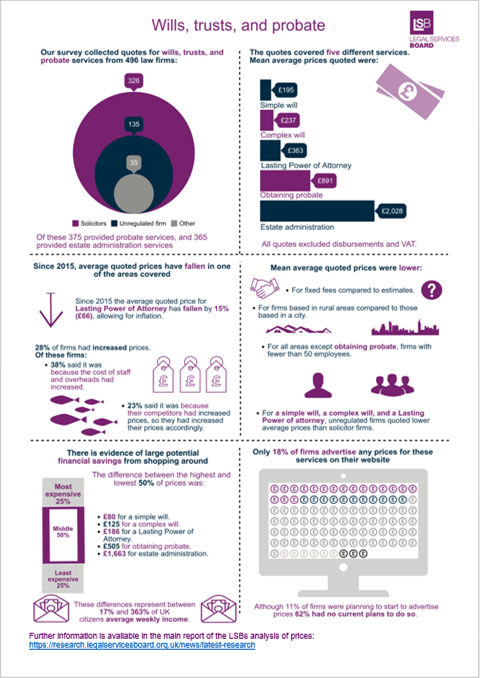 © Copyright 2021 The Legal Services Board | Website by Union 10 Design